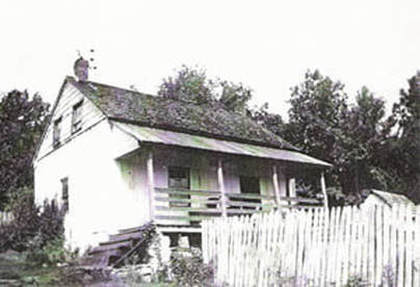 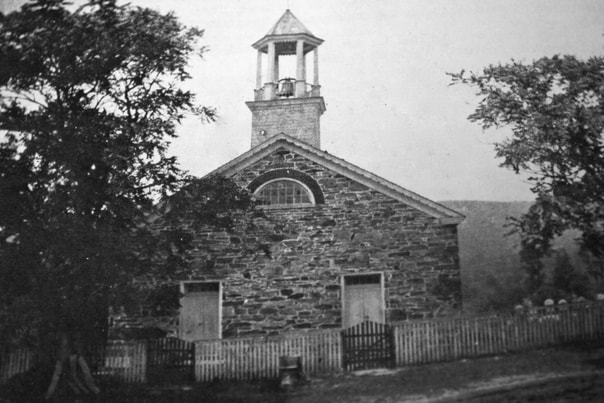 St. Mark's Evangelical Lutheran Church, Wolfsville, before 1870. Atop a hillside overlooking Wolfsville, the church's congregation, which formed in 1845, began building in April 1847 on land given by the Samuel Marken family. It was completed in August 1847. 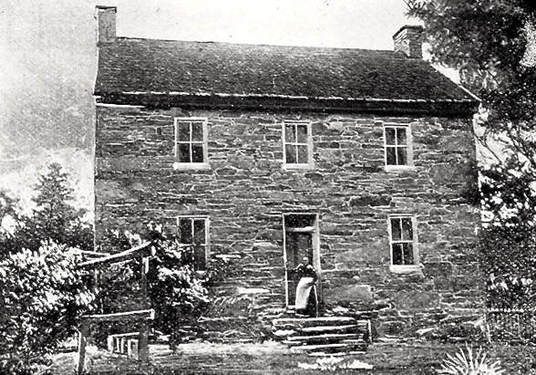 John and Susannah Hoover House, Wolfsville, Circa 1880. According to the history of Salem Methodist Church, "The congregation of Salem Church, in the small rural community of Wolfsville ... began worshiping together in 1819. Since there were almost no church buildings and only a few schoolhouses at that time, this small group of believers began meeting at the homestead of John Hoover II (1777-1861) and his wife, Susannah Harshman Hoover (1784-1845) in Wolfsville." ​ 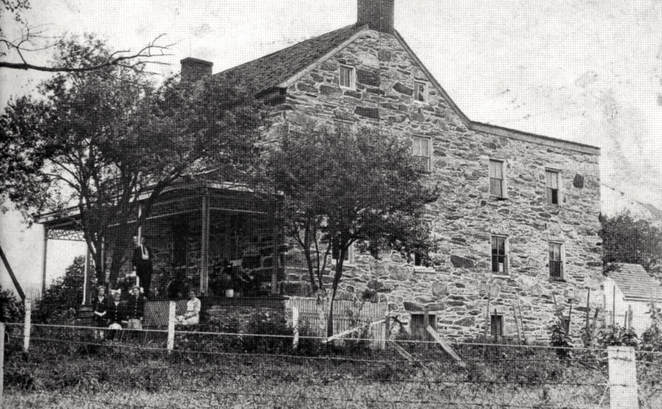 Hoover House, Wolfsville, Circa 1910. After the Salem Methodist Church was built in 1847, it became a summer guesthouse and boarding house.
​ 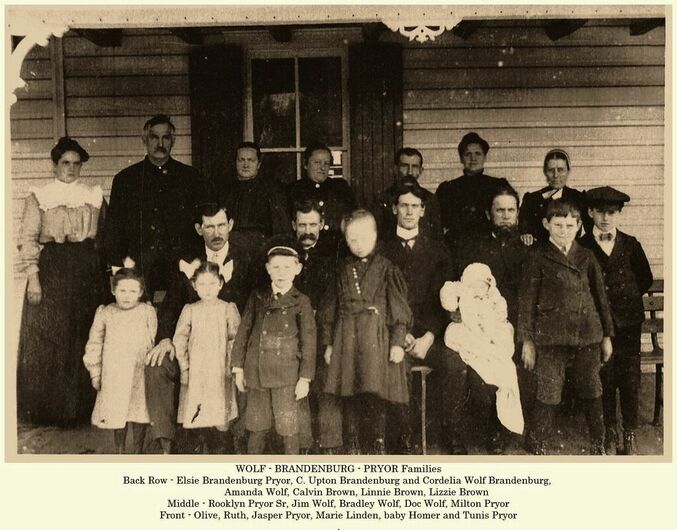 Members of the Wolf, Brandenburg, and Pryor Families, Circa 1900. 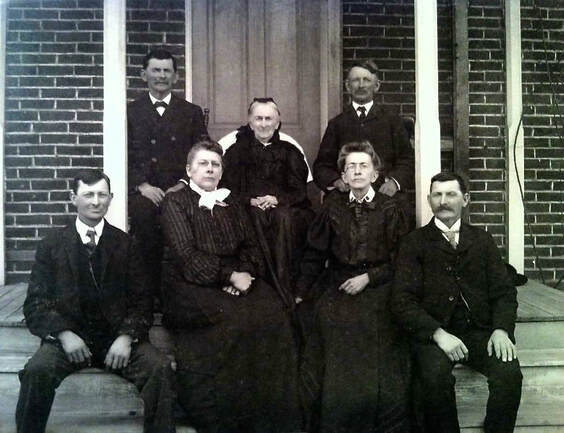 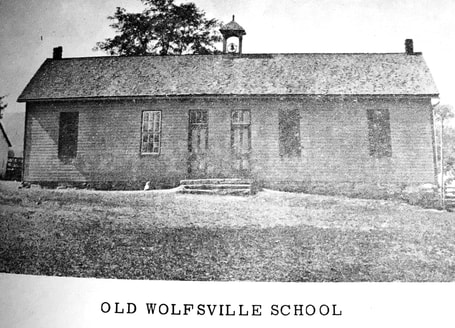 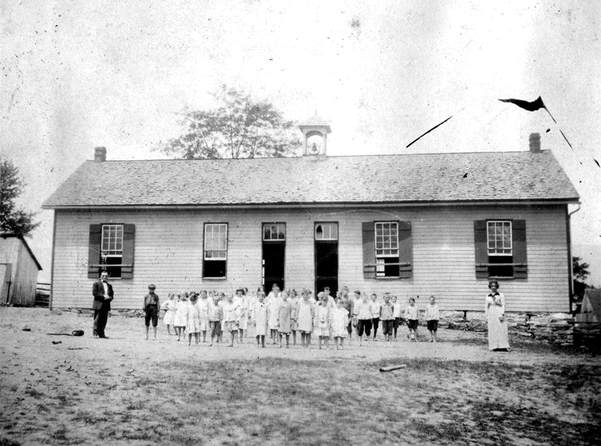 Wolfsville School, Circa 1910. Note the bell in the small tower on the roof, the open windows to let in the breeze on that warm day, and that most of the children appear to be barefoot. 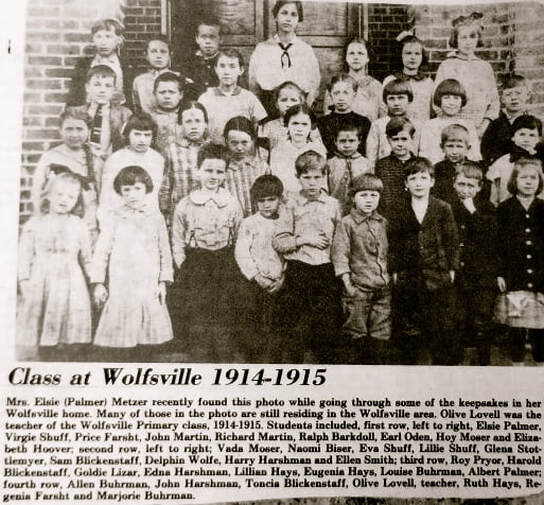 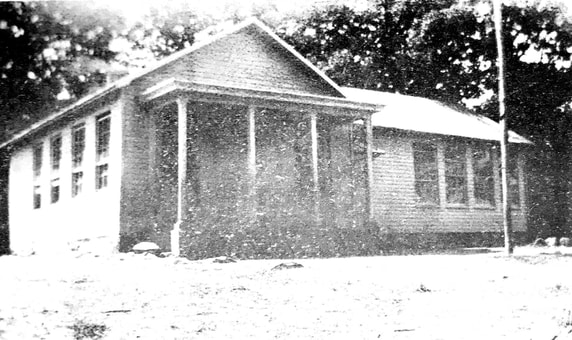 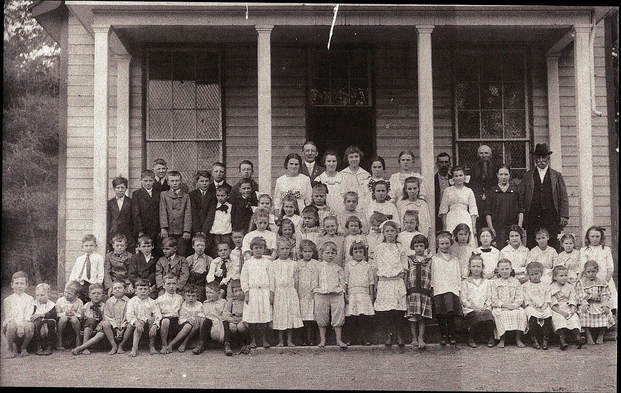 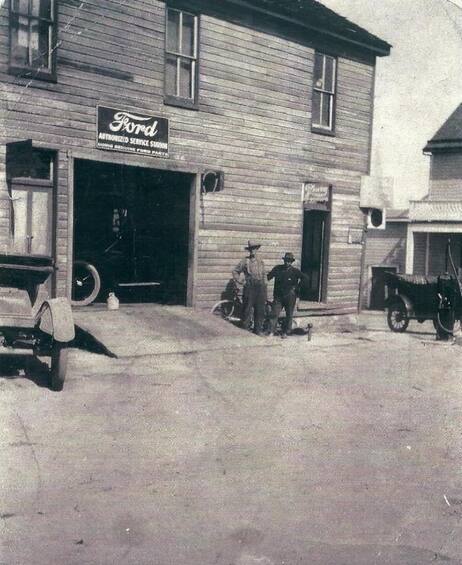 Asa P. Stottlemyer Auto Repair, Circa 1927.  In 1927, Stottlemyer moved his automobile repair business to this 1870-era building in "downtown" Wolfsville. He opened a general store in the building in 1934 and ran it until his death in 1971.

According to local historian Base Kuhn, "The building was formerly used by John Donohoo as a store selling shoes, fabrics, lamps, tobacco, and general goods until 1888. The second floor served as a meeting hall and, for time, the Wolfsville high School. The building also housed a medical practice. In 1927, Asa Stottlemyer moved his automobile repair business to the property, making alterations to the structure over the years. He opened a general store in the building in 1934 and ran until his death in 1971." Pictures courtesy George Harne and the Draper family. 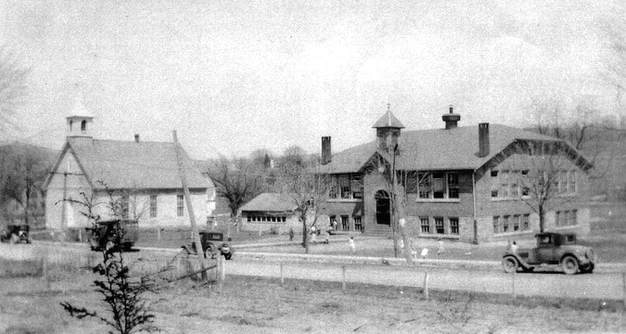 The Valley Register of 7 August, 1914, reported, “The Board of County School Commissioners has awarded to Elmer C. Brandenburg, of Wolfsville, the contract to erect a four-room brick school house at Wolfsville, at a bid of $6,000. The building is to be completed by January 1, 1915.” The building was demolished in April 1969 to make way for a new church parsonage. 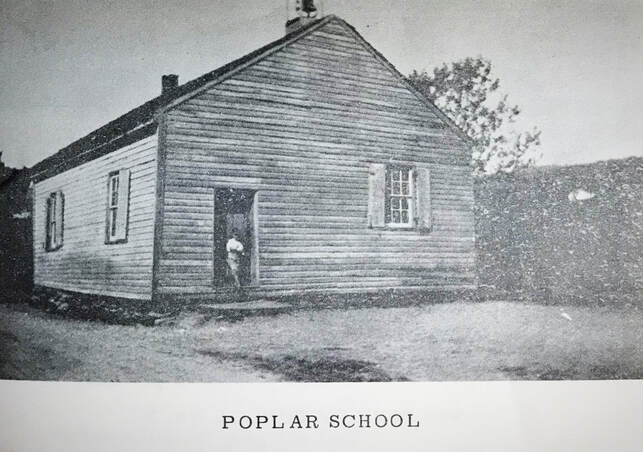 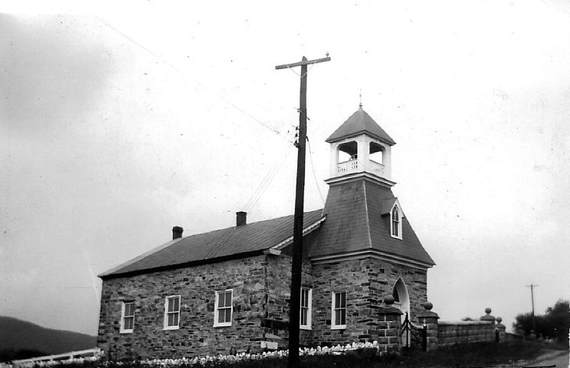 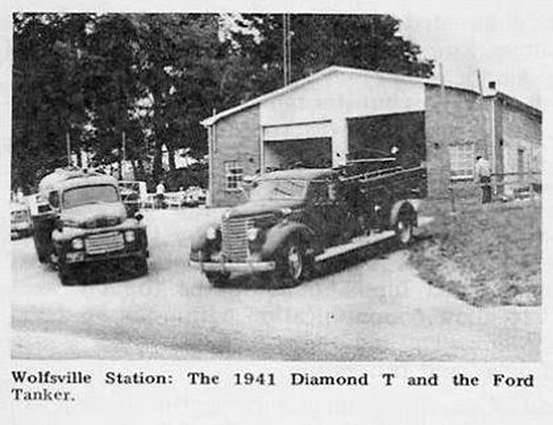 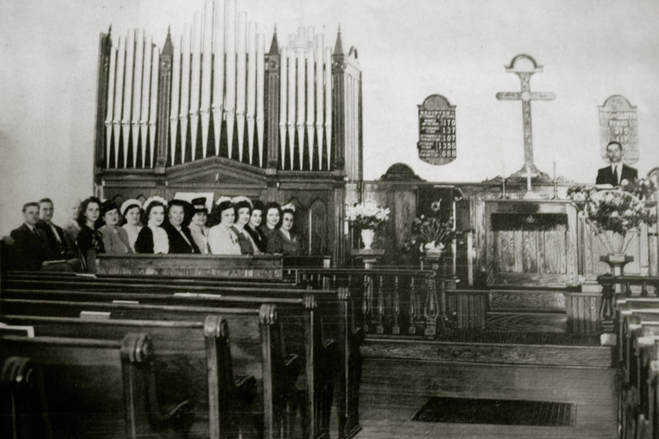 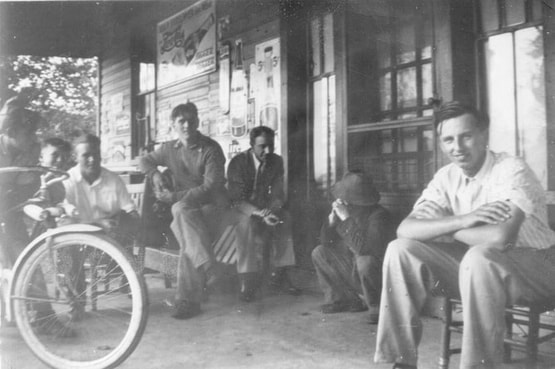 Townspeople "Loafing" on the Porch of Asa Stottlemyer's Store, Wolfsville, Circa 1940. The store was a popular place to meet up, trade stories, and discuss local and national affairs. Courtesy Draper family.
​ 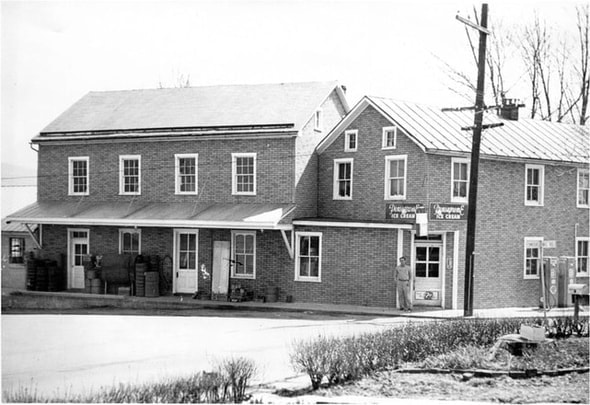 Milton Harne Store, Wolfsville, Circa 1945. This store at the square in Wolfsville dates back to the 1800s and was operated by a succession of local proprietors. Milton Harne and his wife, Catherine, purchased the store for $3,000 in 1943 and operated it for 45 years. Their son, George, and his wife, Judith, continued to run it until 2009. It is now operated by their daughter, Jennifer Harne. Courtesy George Harne. 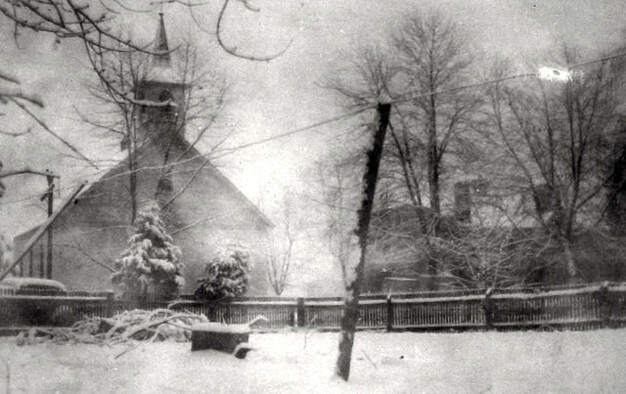 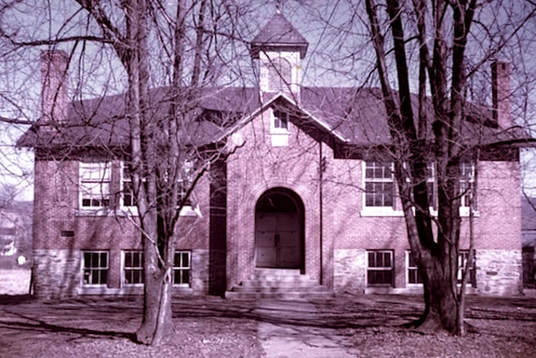 Wolfsville School, Circa 1960. The Valley Register, August 7, 1914, stated “The Board of County School Commissioners has awarded to Elmer C. Brandenburg, of Wolfsville, the contract to erect a four-room brick school house at Wolfsville, at a bid of $6,000. The building is to be completed by January 1, 1915. Other bids were Upton W. Palmer, $6,780; Harlan W. Hagan, $8,135; and Hahn and Betson, $9,195.” Nine months later, on May 21, 1915, The Valley Register reported school construction had finally begun “after hanging fire for a year or more” with (new) estimates of cost between $4,000 and $5,000 being reported. The brick school building (with four grade-school classrooms on the main floor and an auditorium, toilets, stage and high school room on the lower level), was scheduled to be opened in September 1915. After its purchase by the church in 1959 from the Frederick County Board of Education at a cost of $6,795, (sealed bids were submitted and Salem was the highest bidder), the old school was used for various church activities, such as the church’s first Lord’s Acre Festival in 1960. But the building was deteriorating and it was demolished and the site cleared in April 1969, to make way for a new parsonage. Before demolition, the school’s chalkboards were removed and were installed in classrooms throughout Salem’s educational building. (Courtesy Salem United Methodist Church website.) 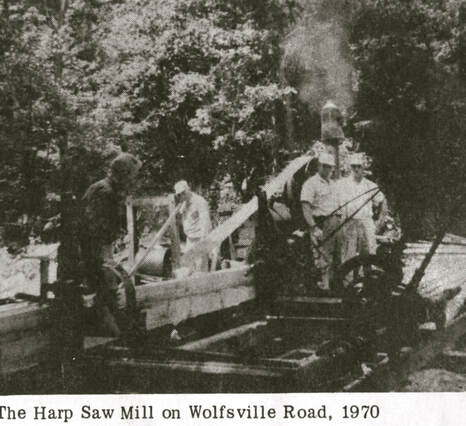 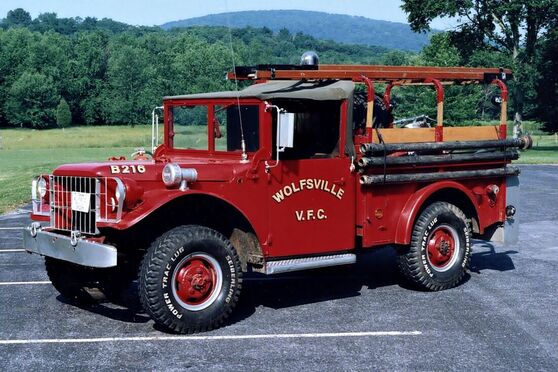 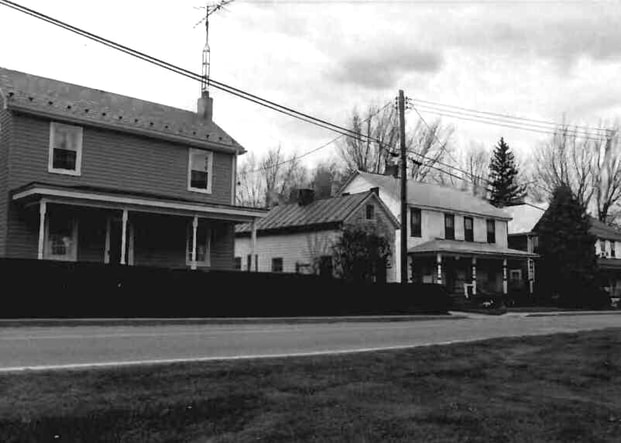 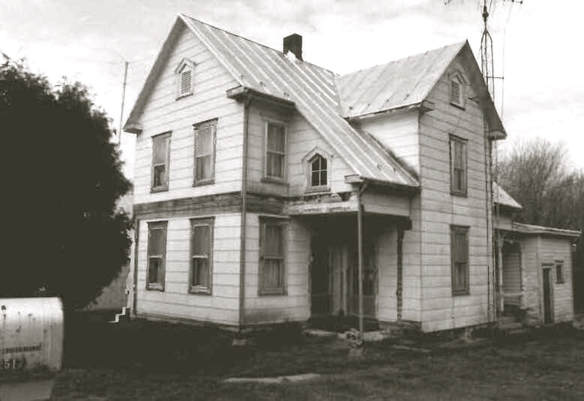 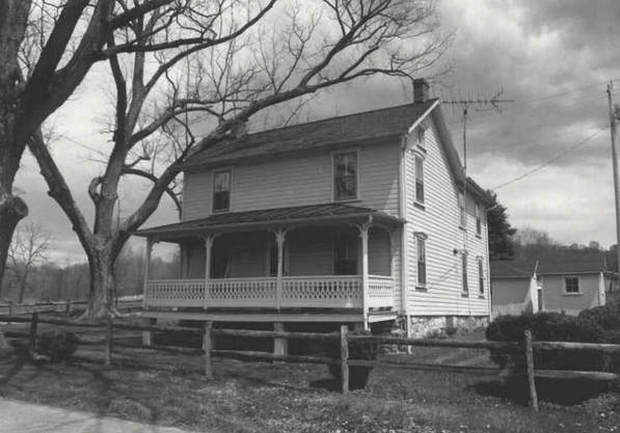 Recher-Morgan Farmstead, Brandenburg Hollow Road, Wolfsville, April 1992. According to an historical survey, "The farmstead is primarily significant for its association with the Morgan Mill, being the homestead of James W. Morgan, the founder of the furniture factory across the road from the farmstead in the 1880s. The house was a log dwelling probably built by John Recher about 1841. James W. Morgan (1833-1902) operated a paper mill near Myersville with his father and also was a teacher and furniture maker prior to purchasing the property near Wolfsville where he built a furniture factory in about 1883. He married Delilah Recher, the daughter of John Recher, from whom he purchased the farmstead and undoubtedly made the exterior improvements including the application of German siding and the porch and the building of many of the outbuildings. The farmstead's high level of exterior integrity conveys a strong feeling of the late 19th century period. The log summer kitchen, which may have been used originally as a school house, may have architectural and educational significance as the only identified log school of the 19th century in Frederick County." 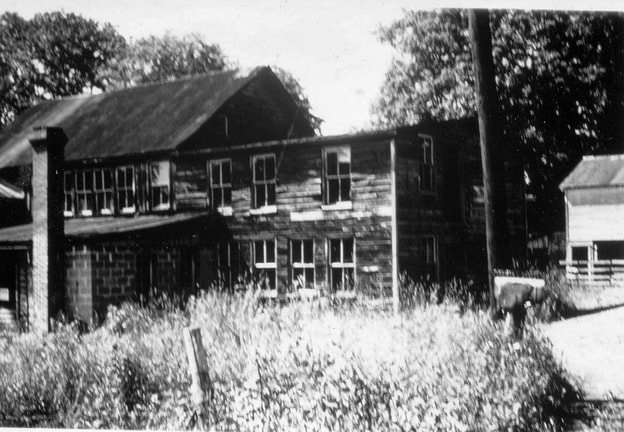 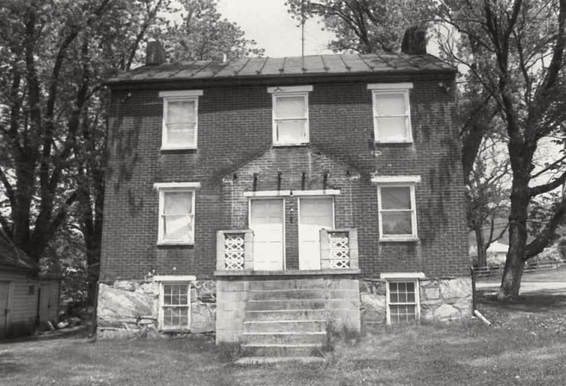 Stottlemyer-Harshman Farmhouse, Wolfsville Road, May 1992. According to an historical survey undertaken in the 1990s, "The farmstead is principally significant for the architecture of its brick dwelling house with the stone wing, which illustrates the building techniques and materials of the mid-19th century, although altered in the early and mid 20th century, and the frame bank barn, which is a good representative of the typical 1850's bank barn with alterations in the early 1920's for use as a dairy. Although no above-ground evidence has been observed, the 1873 Titus Atlas map shows that a saw mill stood on the small stream which traverses the farmstead. The 1858 map indicates the farm was occupied by Jonathan Stottlemyer, who acquired ownership in 1863 from Jacob Grossnickle. In 1870, Samuel Harshman purchased the property. The Grossnickle, Stottlemyer, and Harshman families were related by marriage and it is unclear which family erected the house, although its general form suggests at least the 1850's and the stone wing may be earlier. The brick structure is relatively unusual in the Wolfsville vicinity, as most buildings were log or stone during the mid-19th century, with brick being used for churches and schools, and buildings such as smokehouses and mills which required more permanent and fireproof materials." 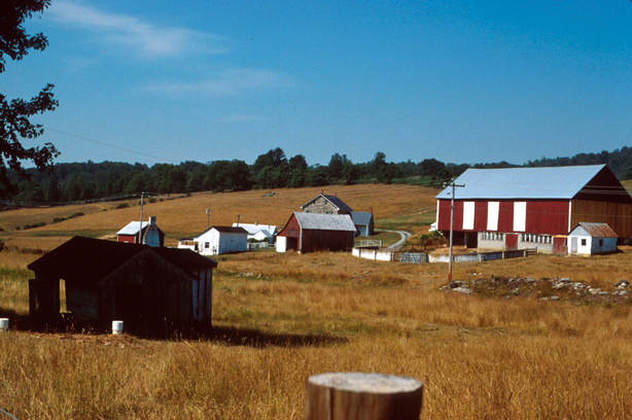 Peter of P. Grossnickle Farm, Wolfsville Road, Circa 1997. This photo was taken by Elizabeth Jo Lampl for inclusion with the materials that earned the farm a slot on the National Register of Historic Places. To read the filing, with its history of the property, click here. "The Peter of P. Grossnickel Farm consists of a mid-19th century, Greek Revival farmhouse and 13 related buildings and structures. "The farm is significant for the number of associated structures and their overall integrity. The farm is one of four known properties in the immediate vicinity which were associated with the Grossnickel or Grossnickle, family, one of the German families who settled the valley in the early-mid 19th century and who also were instrumental in founding the Grossnickle Church of the Brethren.... The Peter of P. Grossnickel Farm is distinguished among the other family properties by its comprehensive collection of outbuildings. It is located upon the tract known as 'Six Daughters,' originally purchased by Peter of P's father, Bernhard Peter Grossnickel in the early 19th century," notes the Maryland Historical Trust. 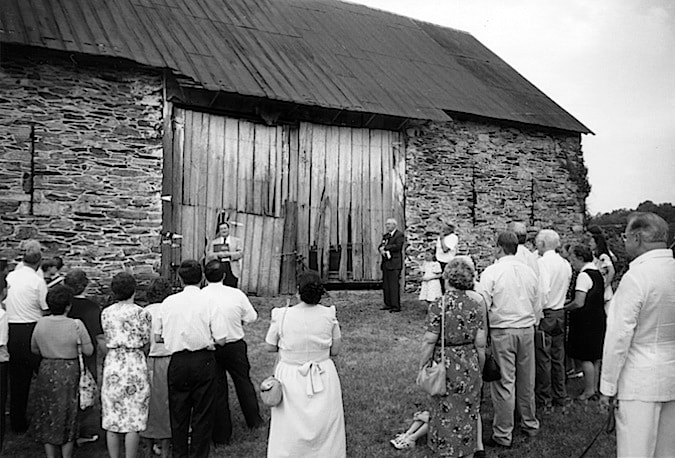